After five years  from when His Honour Judge Seys Llewellyn QC first blocked the hearing of my damages claim, for being unlawfully incarcerated in Caswell Clinic, Bridgend and then again back in Cardiff prison by the police blackmailing their Chief forensic psychiatrist, the ban has been suddenly listed in the light of his 250 odd paged judgment covering the first of three out of about ten claims so far filed at Cardiff courts. 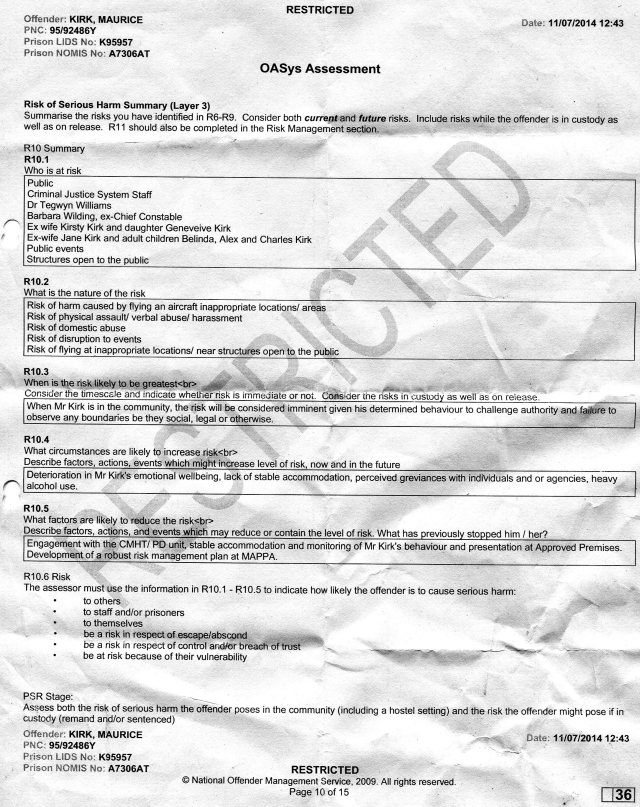 Particulars of Machine Gun Claim resulting from the above fabricated MAPPA 3/3 RESTRICTED document that lead to my being sectioned from both a Breton and London police station, twice from prison being prevented from having a NHS (Wales) urgent general anaesthetic, release onto parole until eight months later and seven times prevented by welsh prisons for attending my own court cases as a forced to be Litigant in Person (LiP).

South Wales Police denied my stolen BMW motor bike had the Guernsey number plate on her when my client with the pick up truck collected the crashed vehicle. The thief was seen running away and throwing his helmet over the wall.

BUT Mr JM had been listening in on the police with his scanner and arrived with police surrounding the scene of a bike on her side sporting a foreign number plate.

Even without the number plate the recovery truck owner quickly identified the bike’s history off the tax disc and chassis serial number.

Then we come to Mr Clayton, Cardiff Air Traffic Controller, who described the video taken by an over zealous police officer from their helicopter while dangerously buzzing my aircraft.

Mr Cleyton will say in court the video camera was ‘so dammed close’ he could even read on my tea shirt, ‘I’d rather be flying G-KIRK’

Oh, and there is so much more completely unchecked deceit in these Cardiff so called law courts…….

"When the state get it wrong it is dangerous to be right" (Voltaire) A website as a warning to others should you cross the Welsh authorities. I am forced to be a chronic litigant after being 5 years in Prison due to the Welsh Police determined to have me locked away by using fabricated medical records, by their blackmailed doctor.
View all posts by Maurice Kirk →
This entry was posted in Access to Justice, Uncategorized. Bookmark the permalink.

1 Response to Machine Gun Conspiracy Case Back in Court