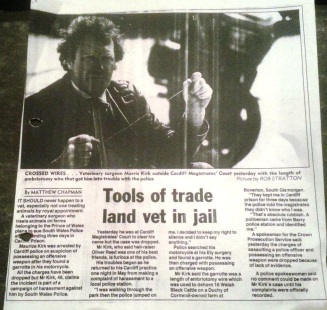 I will give you a better coherent copy of all this tonight, hopefully and my brief thoughts over success in RCJ this week with both Lordships clearly puzzled over a Cardiff crown court about to be granted its own welsh police force and its own law!

The Justice of the Peace Blog: NOTE TAKING IN COURT