Where is my lovely Dr Gaynor Jones?

Cardiff Crown Court expect me to be examined by a welsh forensic psychiatrist before 17th November and yet each time, in the past, I try to meet with an appointment and it all goes pear shaped.

I remember once, arriving in the foyer of Caswell Clinic by invitation  only for police to be called for me to be gaoled for ‘attempted burglary’….the bloody idiots

I remember being invited by a forensic psychiatrist in Cardiff prison to see her, anytime after I had been released, only to be arrested, againn  as I had visited one clinic in Cardiff in which one notorious one from Caswell, Bridgend, had a serious finacial benefit in by diverting patients from the NHS Caswell to the NHS, Ty Katrin, Ely. (or some such name)……its all about stealing the Welsh tax payer’s money that is then shared out amongst the Cardiff cabal around their cauldron.

The apparent ignorance of the general public was obvious following the disastrous Brexit vote BUT ignorance of MAPPA is also on a par. 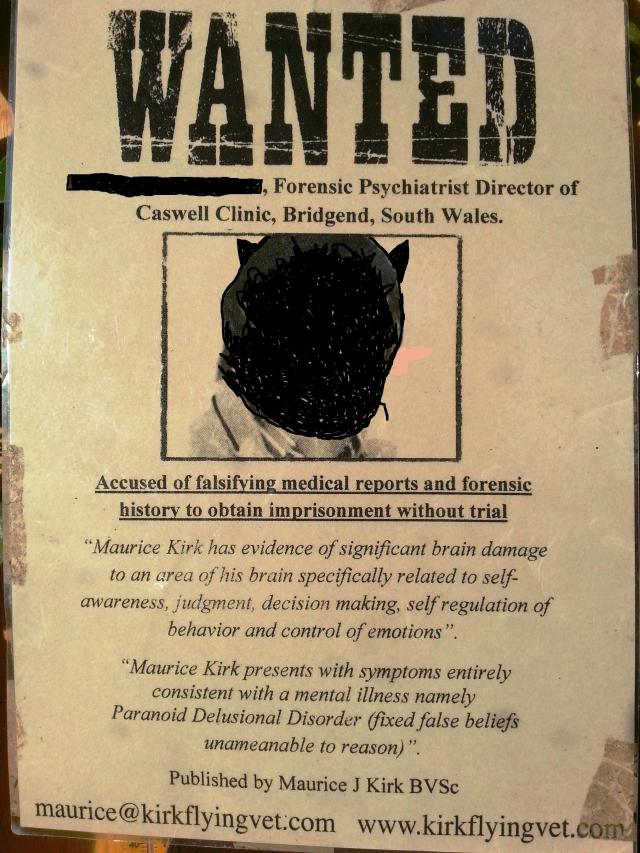 It simply took one lawyer’s letter, see below, from England to terrify into pannick a thoroughly corrupt Welsh judiciary that had been, for years, protecting the equally deceitful South Wales Police trying to stop my civil proceedings for compensation following their losing the first of their forty odd malicious prosecutions.

First, the bastards subjected me to prison, whilst unconvicted for having owned, a year earlier, an antique decommissioned WW1 machine gun bolted to an air display aircraft.

Secondly, the bastards then also had me sectioned under the 1983 Mental Health Act without even a clinical examination by a doctor! all routine stuff in Wales and if they continue to get away with it England will be next, mark my words.

Thirdly, the bitch , Barbara Wilding, tried to fabricate a machine-gun mandatory 10 year imprisonment by having the ‘gun’ painted a different colour, anything to try and fool the jury when she had already planted a police officer on the jury, nine of them believed. 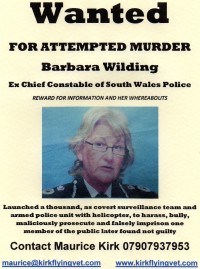 Barbara Wilding, CBE, QPM is the former Chief Constable of South Wales Police, the first woman to hold the post. Wilding began her career as a cadet in Jersey Police in 1967 and was appointed constable in 1970. Wikipedia
Successor: Peter Vaughan
Employer: South Wales Police
.

Fourthly, She even sanctioned the CP$ calling both seller and buyer of my antique as prosecution witnesses in the 2010 trial when the jury had asked , “So, why are they not both also up in the court dock with Maurice?”

Fifthly, when all else failed the HM Crown Prosecution Service (Wales) , in my forced absence, tried to persuade a Crown Court Judge,, who would have nothing to do with it, to have me further sectioned to be incarcerated, indefinitely, which meant for life, in Ashworth’s notorious high security psychiatric hospital 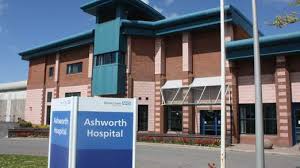 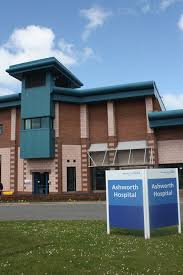 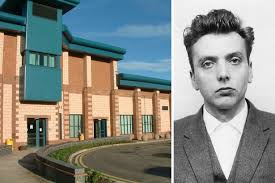 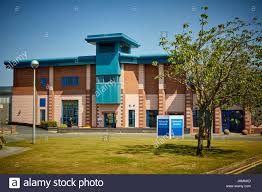 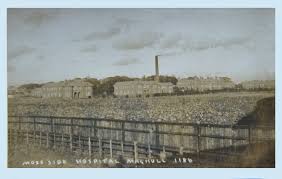 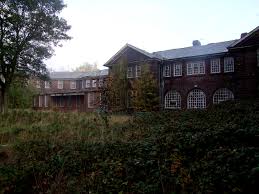 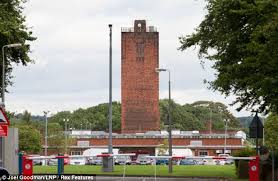 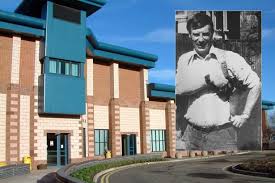 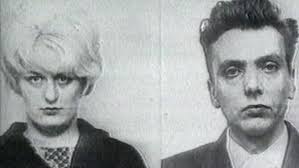 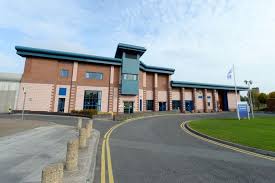 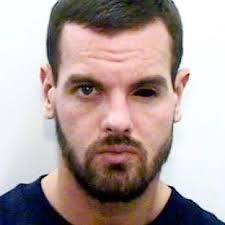 NIGEL REES of SOUTH WALES POLICE LIED, AS THEY SO OFTEN DO IN THEIR LAW COURTS WHEN IMMUNE TO PROSECUTION, TO MY LAWYER SAFE IN ENGLAND, WHEN STATING I HAD BEEN INFORMED AND KEPT UPDATED SINCE 8th JUNE 2009 T SET ME UP TO BE ENTICED INTO BEING SHOT BY BITCH, BARBARA WILDING’S 24/7 ARMED GUARDS AROUND HER HOME IN OGMORE BY SEA. BRIDGEND 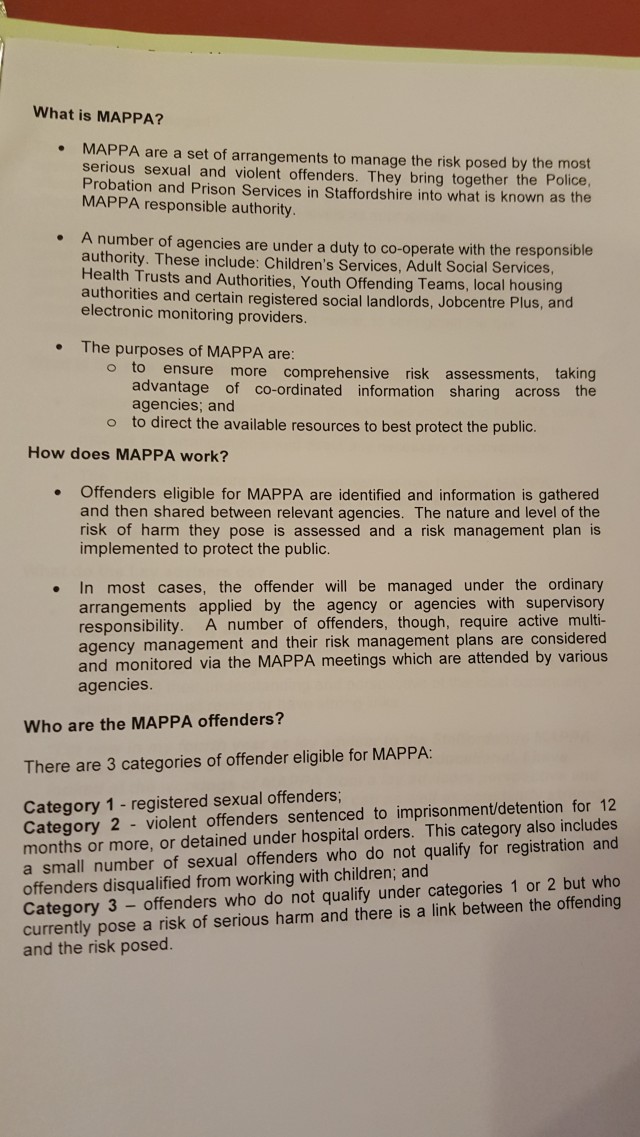 Maurice is a ‘risk’ to whom if not the current Chief Constable of South Wales Police?

Lying Rodger Wood, who helped the police to goad the forensic psychiatrist into lying in 2nd Dec 09 Crown Court and later, in Cardiff magistrates pantomimes when the ‘proverbial hits the fan’ then rewrote this fairy tale  document and back dated it following my machine-gun acquittal.

(Note ex-chief constable. line 5, when she had not yet resigned 5o protect her pension on seeing this plot was going truly ‘pear-shaped’!)

Dr James Leonard and numerous others at my Caswell Clinic’s three months of terror were all clearly opposed to what the police were up to but that is the way of the world, theses day, few have the opportunity to shout, ‘foul play’,using the internet for free speech as their jobs are always at risk.

The real reason behind the draconian tactics metered out on me in these past 25 years in South Wales whilst simply trying to practice veterinary surgery in the Vale of Glamorgan.

At Bridgend’s Caswell Clinic, during my s35 of 1983 Mental Health Act, Dr Gaynor Jones arranged and signed off the relevant paperwork for the intrusive procedures for my SPEC Scan by the intravenous injections of radio isotopes at the insistence of the lying little shit, Professor Rodger Wood of  Swansea University.

This specimen of an individual far from persuaded either Dr Ruth Bagshaw, then head of the forensic psychology department or even seasoned senior psychiatric nurse, Ms Elizabeth Paul, I was in any way mentally ill, after the latter had recorded a frightening account of MAPPA level 3 category 3 Barbara Wilding convened meeting in Barry police station purely for the purpose of getting me shot.

In that 8th June 2009 clandestine meeting, next to the Crown Prosecution Services office would you believe, Ms Paul recorded it was not the CPS believing I a was a ‘risk’ to the general public, being left ‘at large’ but the police owing to their losing well over thirty three of their malicious dreamed-up prosecutions to block my civil claims against them left me for three weeks purely to get the opportunity to getting me shot 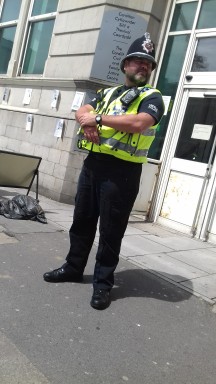 For over ten years the Cardiff cabal has prevented me from entering this public building, to process my civil cases against them at the public counter without even the need , of course, of having a court order to that effect. Only escorted the shortest route to a court in which I am a party, with one of their ‘heavies’  at my shoulder, who remains to the end of a hearing to escort me to the nearest exit.

The 2nd ‘trigger’ to boost their convoluted conspiracy, the May 1993 HRH Prince Charles’ ‘garrotte’ incident on his farm, meant I was to be gaoled, indefinitely, as quickly as possible BUT not too quickly, if their 2009 2nd extradition attempt to Guernsey, of all places, again failed, then I was to be shot.

HOW LONG IS IT GOING TO TAKE TO GET THOSE MEDICAL REPORTS CORRECTED?

Barbara decided I remained,’at large’ for as long as possible, in order to be shot, despite my being such a serious danger to the general public and  even to my own daughter, then 10 year old Genevieve.

A police helicopter, 14 days later and a hoard of other armed police were dispatched for that very purpose of my elimination but it all went pear shaped as Gen had been sitting in ‘the line of fire with the dogs in our garden enjoying afternoon tea. 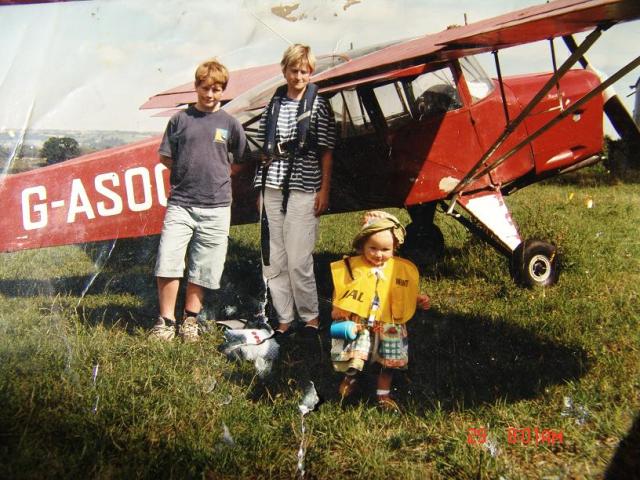 But it had been a Dolmans, solicitors, cock-up from the start, being a week-end as the key players were not on duty. That Saturday morning  Dolmans’ complaint at central police station that I had threatened ‘criminal damage’, insisting I be gaoled, was badly mismanaged with armed police helicopter and Trojan team mobilised to break into our home looking for prohibited weapons. 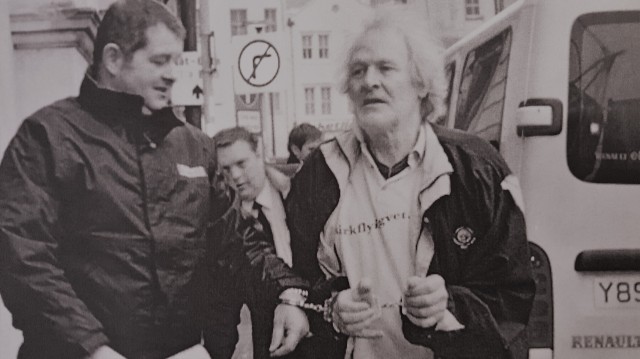 What we now know what it was all about was an old WW1 decommissioned machine-gun sold almost a year earlier bolted to my DH2 replica biplane that I had been flown at the 2000 Farnborough Air Show……..idiots. 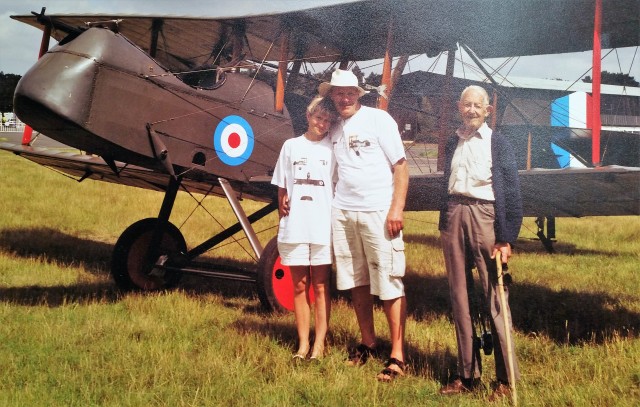 But I digress, as I do after twenty five years of mental stress following the South Wales Police bullying,  on matters routinely going on in South Wales and for many years to come, for sure, if Her Honour Judge Lloyd Clark on the 17th November 2017 does not order for an external police force to investigate their practice of malice driven by avarice.

This fabrication of MAPPA data, in South Wales, will continue unabated on unsuspecting victims unless the Home Office intervenes.

Just like Their Lordships denied the knowledge of the 4th May 2012 jury note SPECIFICALLY requesting written proof of there having ever been a court order served on me here again but in Cardiff’s High court, this time Home Office Barristers, including  Mr Giffiths, had also not even been briefed of the important issues.

The very existence of MAPPA and me was ‘news’ to him and of course the local police had not briefed him of the truth or too many of them would lose their lucrative pensions and be locked up.

I am filing the Order of HHJ Keyser QC, along with the requisite copies of the Appellant’s
Notice and Grounds of Appeal in this case.

I have ordered the transcript of the judgment of HHJ Keyser QC delivered on 18th September 2017 at Cardiff District Registry, but it has not yet been approved of by the learned Judge.

I am also unable to file the Skeleton Argument, as this requires the availability of the
transcript in order to perfect it.

I look forward to hearing from you. 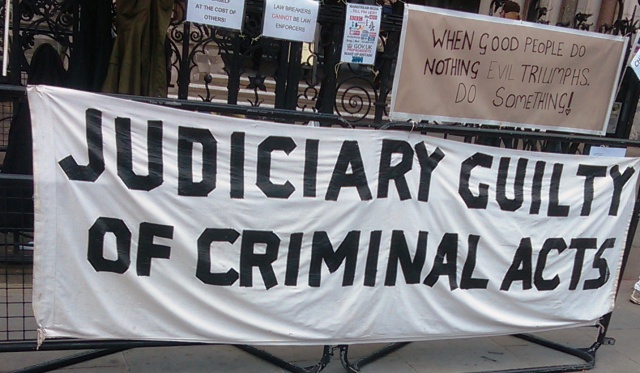 1 Response to Where is my lovely Dr Gaynor Jones?