Twice the South Wales Police have Smashed-in My Car Window for a Non Arrestable Offence & Cardiff’s Civil Trial Judge Has Ignored the Lot!

Like the proverbial ‘Shit stuck to a blanket’……No wonder too many voted for Brexit not realising their funded judiciary gravy-train is now on a down hill run, completely un checked, all the way to the bank.

NOW watch my first of two incidents with South Wales Police and each Cardiff criminal  court up through the UK appeal nonsense , before my being eligible for Strasbourg, blocked this video from disclosure until too late to prevent my name being removed from the veterinary register. 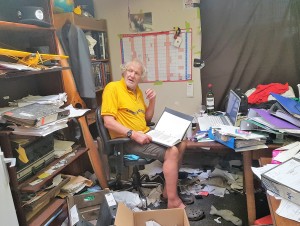 WATCH THIS PACE later for my police incidents facts, chapter & verse with overhead video capturing police assault on me  as I am dragged out while stationary in a queue of Cardiff traffic. Meanwhile the cctv is recording but  the redacted police video is on my You Tube site clearly shows where the ‘splices’ were made to avoid the PC Osborne assault and then dragging me from the car where left for ages , alone, in wide open doored van in the traffic jam……..hoping I would attempt to run away…..no arrest  PACE procedure had even yet stated….

This violent incident caught on their own CCTV shows the lengths to which the South Wales Police were prepared to go in order to delay its disclosure until after the criminal Crown Court appeal was lost so as to assist in causing the veterinary surgeon being ‘struck off the register.

The full extent of that redaction of the CCTV footage is not known, during the time PC Osbourne had smashed his way into the Appellant’s vehicle and assaulted him before then dragging him out having not been arrested.

No breath test was contemplated until instructions from senior management moving the video camera accordingly and no doubt, to try and fabricate an excuse of the actions of an officer in a flaming temper.

Their victim was left for a significant time, without handcuffs in a police van to deliberately try and provoke him to try and escape. their through the deliberately left hide open double back doors. The Appellant refused to fall for their obvious ploy to justify what had just happened and was later cleared on a negative police station definitive breath test without even an apology.

Osbourne’s excuse was either at magistrates, if there was a hearing or in Crown Court or at the Royal college that he saw some empty beer cans in the vehicle and assumed the driver was ‘over the limit’.

Appellant had been, all morning, proving the irregular conduct of Now Inspector Rice, then a sergeant in Barry police station having detained the Appellant, over night, whilst recovering from the violent assaults, first by ex inspector Howard Davies an then Security guard who had knocked him to the ground from behind, the Vale of Glamorgan Agricultural Show. He detained the Appellant, in custody over night, without either a charge or summons to allow it.

The learned trial judge in these civil proceedings had ‘struck out’ quite wrongly, part of the PC Osborne incident and the whole of the Vale of Glamorgan incident both successfully embellished upon before the Royal College of Veterinary Surgeons’ 2002 Disciplinary Committee.

This civil court argument was that a conviction existed and therefore the conduct of PC Osborne is irrelevant. The Appellant submits that is wrong.

At original magistrates court all five offences were not defended in order not waste time as the appellant was very short staffed in an environment where, clearly, everything had already been settled even without evidence yet heard.

When the Appellant had brought it to their notice, again, that the MOT, insurance and ‘no seat belt’ were all easily proven as valid, by relevant documents, the latter valid by doctor’s letter, all three convictions were reversed. These, along with the CPS having already withdrawn the ‘mobile phone’ allegation, left only one.

Once the overhead video was known about the Appellant tried to again change his plea on the remaining breath test conviction but was refused, he believes unlawfully as no evidence was allowed to be heard at any time.

That video, in copy of original form, remains undisclosed along with the plethora of police audit trail, previously applied for and refused.

That single conviction remained in order for the police to have him off the road and make a written complaint to have his name removed from the veterinary register.

As for ‘using a mobile phone’ and the CPS having offered ‘no evidence’ further supports the Appellant’s claim that Osborne’s purported ‘car chase’ carried no offence nor had reasonable cause. It currently stands that the single conviction, denied, has nothing to do with the requirements of a veterinary surgeon but with Osborne making the assault on his victim, without an arrest, germane to the Appellant’s right of compensation.

EXTRACT FROM JUDGE’s PURPORTED 2015/16 JUDGMENT a year ago and still the cabal refuse to give me a sealed copy despite my travelling to The Royal Courts of Justice to try and lodge my case eventually for Strasbourg’/Action 2 Paragraph 11 stop at junction of Newport Road and Albany Road Cardiff 5 April 2000. This head of claim was subject of an application to strike out. I gave written judgment on 30 November 2010. For the reasons there set out I struck out the claim for wrongful arrest and malicious prosecution for an offence of failing to provide a specimen of breath. The other allegations remain. Those are (i) unlawful detention, namely that “the detention of the Claimant beyond 12.05 was longer than was reasonably necessary and was in breach of the provisions of the Police and Criminal Act 1984”; and (ii) malicious prosecution for offences of driving without valid insurance and MOT certificate, and failing to wear a seatbelt.

Where, exactly, did the Appellant ‘drive-off’ to when CCTV indicates stationary in a police cordoned off queue of stationary traffic?

A successful observation by His Honour Judge Peter Jacobs, the day he was due to get out of South Wales himself, for good it was assumed, following his own admission the Appellant’s insurance head office had again been bothered, this time by the CPS on behalf of his own Honour’s request.

What the learned criminal judge, however, did not make public was that he had, before the hearing, first asked the Cardiff Crown Court manager to plead with the Appellant’s good nature to explain the web ‘weaved’ by the police, to deceive.

The Appellant was NOT legally obliged to but for nearly an hour during his busy surgery time he answered the clerk’s questions proving the reasoning behind why this veterinary surgeon needed to use so many vehicles and insurance companies.

As this trial has now proved the police had pestered his agent and insurance company directly, knowing it would only be a matter of time before the motorist was refused insurance cover.

Why, also, there had to be so many practice vehicles appearing to be foreign and registered in such names including, ‘Onest ‘Arry, a retired Guernsey car dealer, G Mallory Esq, possibly the first climber to have conquered Everest, Whilbur Smith and numerous members, past and present, of the Kirk family.

The learned civil court judge, it is submitted, erred in law again on this recurring issue as he was only too aware of the police psychiatrist’s conduct, as he had sat in judgement, (failed ‘strike out’ of the Claimant’s multi thousand damages claim against XX for falsifying his victim’s psychiatric report when not having the knowledge/qualifications, in the first place, to have written it.

Police had blackmailed XX to have the Appellant locked away, if not shot, for life and MAPPA registered should neither the fabricated police ‘machine gun’ case, for a mandatory minimum 10 year imprisonment or the Ashworth high security psychiatric hospital application, for life, also failed.

It is submitted that the overarching format of this incessant harassment in these and other similarly vivid particulars of claims should of been taken into consideration rather than ‘striking out’ such an incident so brilliantly exposed on film,as the Oborne would be, with disclosure, despite senior management intervention to leave the best ‘footage’ on their Bridgend HQ’s ‘cutting room’ floor.

“Q. Right, point out where there is indication on the custody record that I was under the influence of drugs…. A. Uh the fact that you drove off from the officers.

“Q. Right, point out where there is indication on the custody record that I was under the influence of drugs…. A. Uh the fact that you drove off from the officers.

These citations are illustrations from a cross examination which repeated essentially the same questions and elicited the same answers, at some length.

A basic necessity, now proved, of survival if one is so foolish to as to practice veterinary surgery and try to raise a family in a place like South Wales-see paragraph 862

2nd Inspector Nicholas Khilberg incident …..smashing his way into my car, by using his truncheon