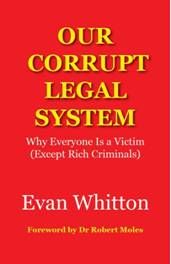 Why Everyone is a Victim (Except Rich Criminals)

How many court actions does it take to warrant the label ‘chronic’ for litigant Maurice Kirk?

And how many legal documents and court hearings does it take to understand the shortcomings of the adversarial system that the UK relies on – in contrast to the inquisitorial system of the Continent?

Quoting from Wikipedia, Charles Dickens’ Bleak House spelled it out in 1853:

On the level of the individual Claimant, Appellant or Litigant in Person, all the money he should have rightfully had, goes to the two ‘adversarial’ sides of lawyers who, in reality, act more like brethren in a dirty trade than as honest defendants for their respective clients.

The lawyers get paid no matter what the outcome of the case is, especially in the case of public authorities. That’s what Maurice calls ‘the public gravy train’.

With this document, Maurice appeals again, making a total of 26 points:

Maurice has not accounted (yet) for the amount of money with which has fuelled this adversarial system – now between England and Wales. Fortunately, some of his McKenzie Angels are based in Bristol!

Yes, the police will be corrupt as long as we have to use and endure dishonest money. For that’s the ‘tool’ that allows for corruption…